page will automatically reload every 60 seconds
new search
... results will appear as you type.
Nintendo Wii U 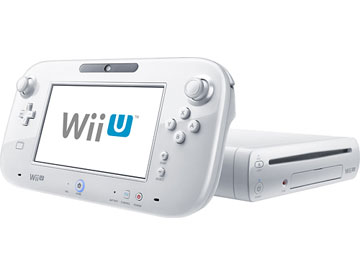 Coming November 18, 2012 - the Wii U is Nintendo's next generation console and successor to the wildly popular Wii. The Wii U also features a new controller, called the GamePad, with an embedded touchscreen. The controller allows a player to continue playing certain games by displaying the game even when the television is off. The Wii U is backwards compatible with the Nintendo Wii.

Check the latest status of the Nintendo Wii U here on this page. If it's not available, click "follow". We'll do the rest.