page will automatically reload every 60 seconds
new search
... results will appear as you type.
Injustice: Gods Among Us 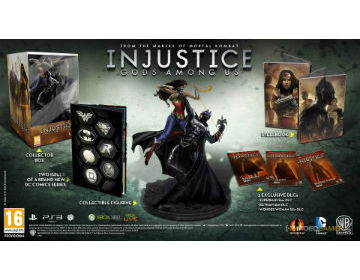 Injustice: Gods Among Us is an all-new game in development by award-winning NetherRealm Studios, creators of the definitive fighting game franchise Mortal Kombat. The title debuts a bold new fighting game franchise that introduces a deep, original story featuring a large cast of favorite DC Comics icons such as Batman, Green Arrow, Cyborg, Harley Quinn, Nightwing, Solomon Grundy, Superman, The Flash, Wonder Woman, The Joker, Green Arrow and many others. Set in a world where the lines between good and evil are blurred, players will experience heroes and villains engaging in epic battles on a massive scale.

Check the latest status of the Injustice: Gods Among Us here on this page. If it's not available, click "follow". We'll do the rest.